Blog - Latest News
You are here: Home1 / Language Of Light 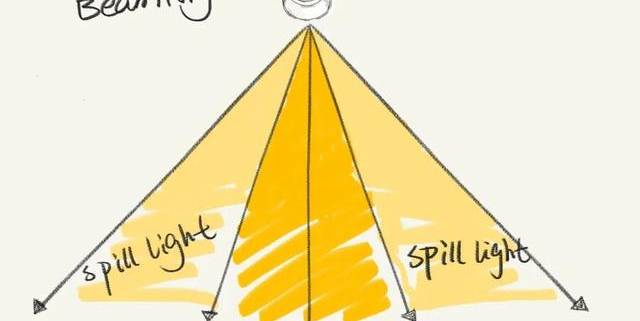 Light is ubiquitous in daily life, from the performance of color temperature, the energy emitted, the illuminance generated, the color rendering, the luminous efficiency and intensity, the brightness reflected into the eyes, the glare phenomenon to the light distribution curve, beam angle and shading related to lamps and lanterns. Angle, master these basic principles, you will have a deeper understanding of light sources.

Color temperature refers to the color changes that the human eye perceives when light waves are in different energies.

In the calculation of color temperature, Kelvin is used as the unit, and 0° Kelvin = -273 °C of the black body radiation is the starting point of the calculation.

The black body is heated, and as the energy increases, it will enter the realm of visible light, for example, at 2800 ° K, it emits the same color light as the light bulb, and we say that the color temperature of the light bulb is 2800 ° K.

The luminous flux is simply the energy of visible light, which refers to the sum of all radiant energy emitted by a light source and perceived by the human eye per unit of time. It is equal to the product of the relative visibility rate of the radiant energy of a certain band per unit time.
Since the relative visibility of the human eye to different wavelengths of light is different, when the radiant power of different wavelengths of light is equal, the luminous flux is not equal.

Illuminance is the abbreviation of light intensity, which refers to the number of lumens of luminous flux per unit area of the illuminated surface, in lux (Lux or LX), 1Lux=1 lumen/square meter, which is used to indicate the intensity of light and the degree to which the physical surface area is illuminated , We often say that the desktop for reading is not bright enough, that is, the illumination is not enough.
In the case of the same area, the higher the luminous flux of the light source, the higher the lumen value, and the higher the illuminance. Generally speaking, if the working environment is required to be bright and clear, the illuminance requirements will also be high. For example, the general lighting brightness of the overall space of the study is 100 lux, but the local accent lighting during reading requires at least 600 lux, so a desk lamp can be used as a local lighting fixture.

Glare is uncomfortable lighting that can cause interference, discomfort, or impaired vision because the brightness in the field of view is significantly greater than the eye can accommodate, or the light source contrast is too large. There are three types of glare:
1. Direct glare: It is generated by the eyes looking directly at the light source (lighting lamps), and the brightness of the light source is too large to cause dazzling and uncomfortable.
2. Reflected glare: Reflected glare is a common reflection, which will blur the image, easily cause eye fatigue, difficult reading, and even further cause sore eyes and headaches.
3. Background glare: glare not caused by direct light or reflected light, generally because the light source from the background environment enters the eyes too much, which affects the normal vision ability.
If you want to improve the glare in the environment, you can start from the following aspects:
1. Pay attention to the installation position of the design lamps, hide the excessively concentrated light source, and then use the reflection of the lamps to export the light source. Yilin Lighting ilin has always advocated the lighting design method of seeing the light but not the light, so that you can see the lighting but feel the lighting.
2. Use the semi-transparent lampshade material to weaken and disperse the excessively concentrated light source.
3. Use grid-type lighting fixtures to avoid looking directly at the light source.
4. The direction of light projection should be as perpendicular to the general horizontal direction of the human eye as possible.
5. For the desktop and book paper used for reading, avoid using materials that are easy to reflect light to reduce reflective glare.

The shading angle of a lamp refers to the angle formed by the tangent of the edge of the light outlet of the lamp and the level passing through the center of the light source. Under normal horizontal line of sight, in order to prevent direct glare caused by high brightness, the shading angle is generally greater than 30°, and 45° is considered to be the most comfortable angle.

Want to join the discussion?
Feel free to contribute!